ETH is a digital currency on the Ethereum network, which is a smart contract platform that allows developers to create decentralized applications (DApps) on their blockchain.

In 2013, Vitalik Buterin described the concept of developing and creating an open-source platform based on blockchain technology and smart contracts.

As a result, Ethereum has become the blockchain standard for creating tokens and raising capital, and new decentralized applications such as DeFi, DEX and NFT have led to positive network effects, attracting large numbers of blockchain developers to the network.

ERC-20 tokens have gained mass acceptance, and because of this, ETH is used almost everywhere.

But there are problems - the high load on the network, and expensive compared to other blockchains the cost of the transaction, especially at times of peak loads. ETH developers plan to solve these problems when moving to Ethereum 2.0

Looking into the future and trying to predict the course with a minimum of data is not a good thing, especially when it comes to crypto quotes.

The Eth / USD rate will definitely not stand We have a chart of changes in the value and price of ethereum / USD тonly for today, Price today 23 May 2022.

These data are not enough, besides there are many factors that do not yet allow making realistic long-term forecasts. 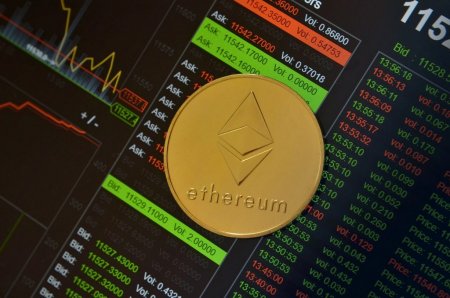