Project IoTeX Review Binance Research. BINANCE Research - an authoritative analytical resource for and investors, published a professional and detailed research report in which the IOTEX project is considered.

The IOTEX project is devoted to the creation of a reliable Internet infrastructure with trusted things, where all physical and virtual things can effectively share information and values globally. The IOTEX research team consists of Doctors of Sciences from the University of Waterloo and the National University of Singapore, as well as Cryptography Engineers, Artificial Intelligence and IoT, who previously worked in Google, Facebook, Uber and Bosch.

The IOTEX mission is to maintain end-to-end trust throughout the life cycle of information on the IOT network, including the collection, transportation, storage and use of data.

The main characteristics of the IoTeX network

As of April 2019 IoTeX Used approximately 25% of TGE funds in accordance with the appropriations listed below:

The IOTEX project stores its funds in a cold wallet with protection against several errors (for its unlock requires at least 2 signatures whose keys are located in three co-founders). The wallet itself is protected by a password and has 4 accurate copies that are reliably stored in different geographic locations.

The following graph shows the number and breakdown of all IOTX tokens, which will be published monthly.

IOTX Tocken Review and Use Options

Iotx is the main service token of the IOTEX network. Here are some examples of using the IOTX token:

Xyo network : XYO is the world's first decentralized geolocation Oracle operating from the P2P network created by a person. Partnership is intended to synchronize XYO geolocation capabilities with blockchain IOTEX, which allows IOTEx developers to use XYO geolocation network. By the middle of 2019, IOTEX plans to be able to calculate geolocation transactions from the XYO network in the IOTEX blockchain, providing new geolocation features as services on the IOTEX network.

Lineable : Lineable is a company engaged in the production of equipment that creates intelligent wearable devices for ensuring the safety and communication of families. Lineable plans to connect more than 1,000,000 + lineable devices to the IoTeX blockchain in order to safely exchange verified user data with third parties, while ensuring the full privacy of user data (for example, geolocation, health).

Smarthab : SmartHab is a comprehensive supplier of solutions for intelligent buildings connecting various types of intelligent devices to automate construction work and increasing transparency for residents and buildings owners. SmartHab Currently creates a HAB platform, a blockchain-based registry, which records critical data from smart buildings and cities. SmartHAB will use iOVEX infrastructure, confidential-oriented to create a HAB platform, primarily to ensure confidentiality of confidential data.

NKN : NKN is a protocol for connecting and ecosystem oriented to the provision of an open, decentralized and common Internet. NKN and IOTEX completed the concept of a blockchain based on the management of a smart home based on blockchain and authorization for sharing economical tenants. NKN and IOTEX work together over research and development together with other partners in various infrastructure components in order to implement integrated decentralized use scenarios.

Certik : Certik is a blockchain and a platform for verifying smart contracts, the services of which are used by many leading blocks projects, including Ontology, Qtum, Icon and Vechain. IOTEX will work with CERTIK to ensure the security of the IOTEX ecosystem, as well as various DAPP applications created on top of the iOnex block. In the future, Certik and IotEx are hoping to work together to study the safety of intellectual contracts and developing the confidentiality of calculations that can work within the framework of intelligent contracts and formally check autonomously.

IOTEX conducted a report and presentation at Consumer Electronics Show ("CES" exhibition and met with more than 200 IoT companies. The project was recognized as one of the most innovative blocks of companies on CES;

According to Coinmarketcap, the IOTX token is currently registered on 13 stock exchanges. Basic Cryptovalum Couples include IOTX / BTC, IOTX / USDT and IOTX / ETH. Below is a breakdown of IOTX volume on its main trading pairs.

The IOTEX project has a total of 30 public and 80 private repos. In general, the project often originates repositories.

Betting I vote for delegates

In March 2019, the IOTEX project launched a decentralized Member management as a pioneer.iotex.io, the DAPP application, which works both on the iOnex and Ethereum. Management tasks (t. E. Distribution, voting, ranking) are performed in Ethereum through smart contracts. With the creation of a decentralized trust bridge between IOTEX and Ethereum the status of the organization of rates, voting and elections of delegates for Ethereum contracts prescribes the IOTEX blockchain to perform swaps of delegates based on the results of a real vote after each era.

In October 2018, the IOTEX project has released a conceptual product that demonstrates the possibilities of combining blockchain, trusted computing and IoT. In particular, this platform allows partial possession of valuable physical objects, such as houses, home objects and intelligent devices, in addition to calculating cryptocurrency.

IoTex is a network of multiple blockchas that are hierarchically organized, where they work simultaneously with each other, while maintaining functional compatibility. As shown in the figure below, the root blockchain controls many independent blocks, or subpairs.

The erase is connected and interacts with IOT devices that have something common. They either have a similar functional purpose, work in similar environments or have a similar level of confidence. When software errors are attacked or arise, the root chain remains completely unaffected. In addition, transactions between the circuits are supported to transmit the value and data from the hooks into the root chain or from one subacing to another through the root chain.

The root blockchain is a public chain available to everyone, which has three main objectives:

With these specific goals, the root chain specially focuses on scalability, reliability, confidentiality conservation functions and the possibility of organizing.

On the other hand, the pouch can potentially be a private chain of blocks and rely on the root chain as a repeater to interact with other trains. For the subsidement requires flexibility and expandability to adapt various requirements of various IOT applications, and it is very likely that they will be performed by operators whose role depends on a sufficiently high bond located in the root chain. Optionally, the system allows operators to assign one or more operators to act for this with an additional connection or without it. The operator acts as an easy client in the root chain and the full knot in the chain to seal new blocks.

The IOTEX project seeks to use Roll-DPOS Consensus to provide higher scalability with instantaneous final, without sacrificing decentralization or security. Below is the visualization of the agreed Roll-DPOS algorithm:

In Roll-DPOS, any node can independently assign yourself and register to become a manufacturer of blocks, and community members can give their vote for their favorite node with their own intended purpose.

Roll-DPOS works during periods or "era". At the beginning of each era (every 360 blocks), a set of candidates with the highest level of support is selected to form a "Pool of Candidates". From this pool, block manufacturers are then chosen randomly using a deterministic random bits generator ("DRBG").

At the end of each era, the protocol regulates the size of the pool based on the subparage numbers running simultaneously.

For dough Mainnet Alpha The network bandwidth was limited to about 200 transactions per second ("TPS"). Nevertheless, the team claims that the main network should be able to reach 2000+ TPS.

For beta version of MainNet, the Layer-2-Chain-AS-AS-A-service service will be provided, which will allow developers and users to easily unwind the Layer 2 chain for specific uses such as supply chain management. At the same time, the root chain will maintain an interchange communication for all level chains 2. While the root chain acts as an orchestrator (from all chains of level 2) with an EVM-compatible intelligent contract, the IOTEX project seeks to provide an internal chain of level 2 with reliable computing compatibility to ensure the preservation of privacy applications, especially in the IOT context, for example, a trusted Oracle Data, Device Identification Management and Sharing Economics.

The team lists the following strategies for the future development of the community:

1. Additional product line: In addition to applications for wallets and rates, the IOTEX project is developing new products over its network. These new products are oriented directly to end users and solve problems associated with interaction with people and confidentiality machines.

Publications in the media: 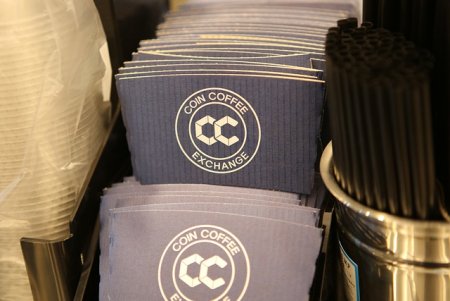 IOTEX AND THE EXHIBITION OF FRANCHISES IN KIEV
21.02.19, Trip